But there is less background in software development for creating structural drawings based on results of structural analysis and design, which is known as the final product of building design industry. Despite available structural automatic drawing softwares, it feels yet there are many improvement aspects lacks, like increasing speed, control of design codes in bar bending specially according to latest codes and standards, independency on other CAD softwares and so on. So considering on resolving some of these disadvantages and improving of software capacity in automatic creating of structural drawings, Omid Negar is developed. 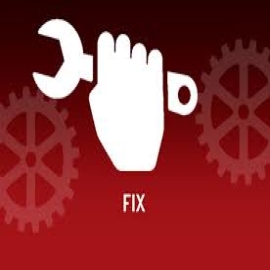 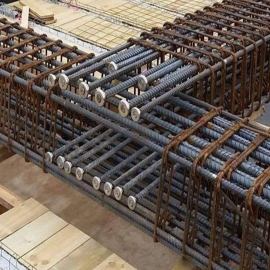 We are outstanding, because continuously care about feedbacks and considering all technical comments received from 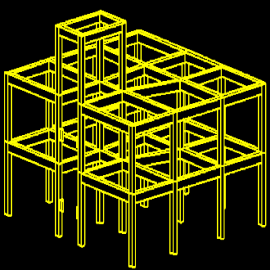 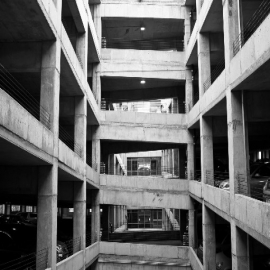 Selecting each detail for viewing and editing is done in Details window. The different types of details is described at the following:

For viewing the Columns Plan of structure, it is only needed to double click on item with the name of "Concrete Columns Plan" in Details window. A sample of concrete columns plan is shown in following figure. 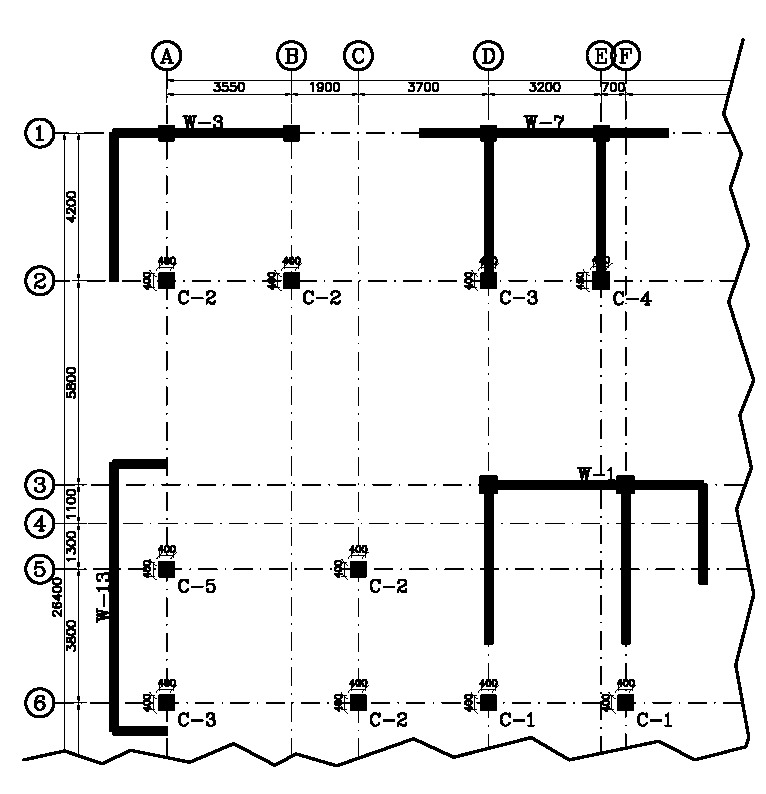 Please be noted that, according to similarity between beams, automatically or based on user's decision (which was explained in Quick Start Guide), the Beams will be classified. Then based on defined classifications, the beams plans will be presented. 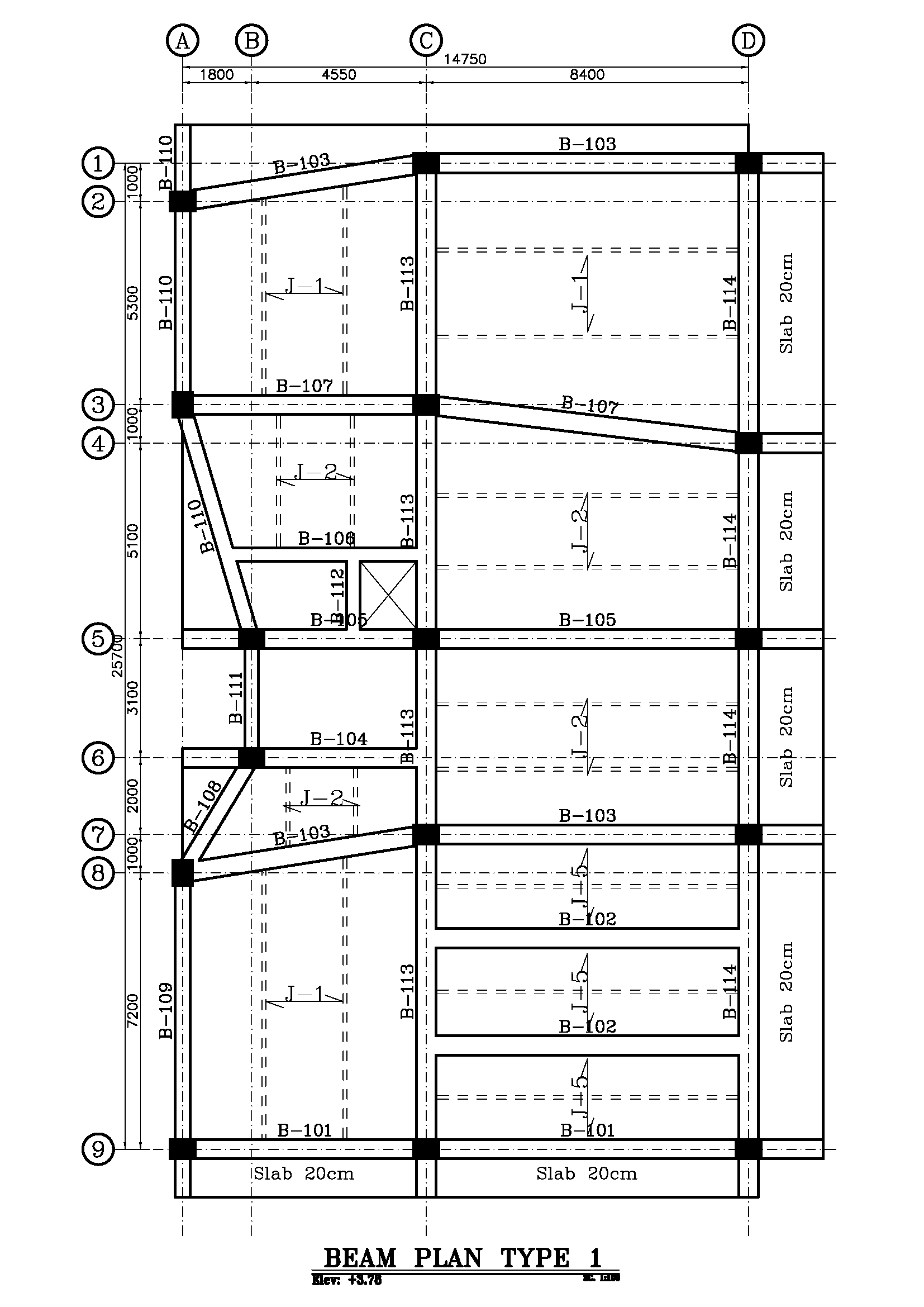 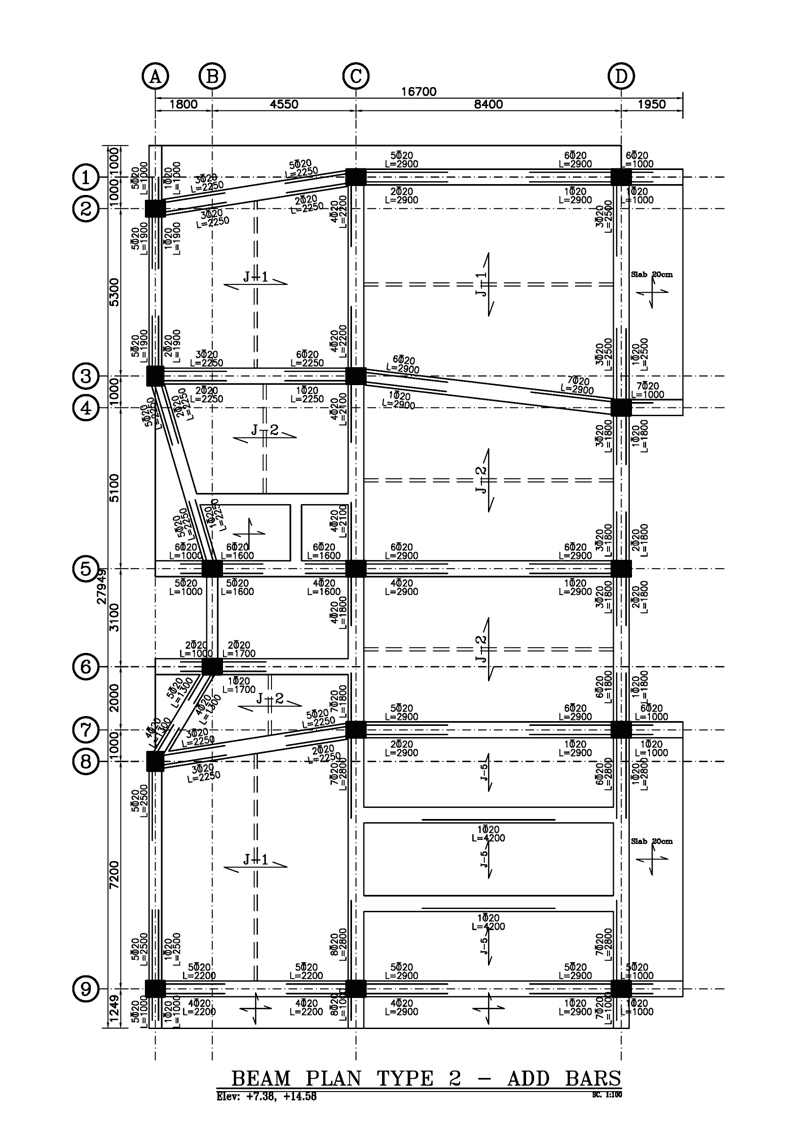 Please be noted that, according to similarity between column types, automatically or based on user's decision (which was explained in Quick Start Guide), the Column Types will be classified. Then based on defined classifications, the Columns Plan will be presented. 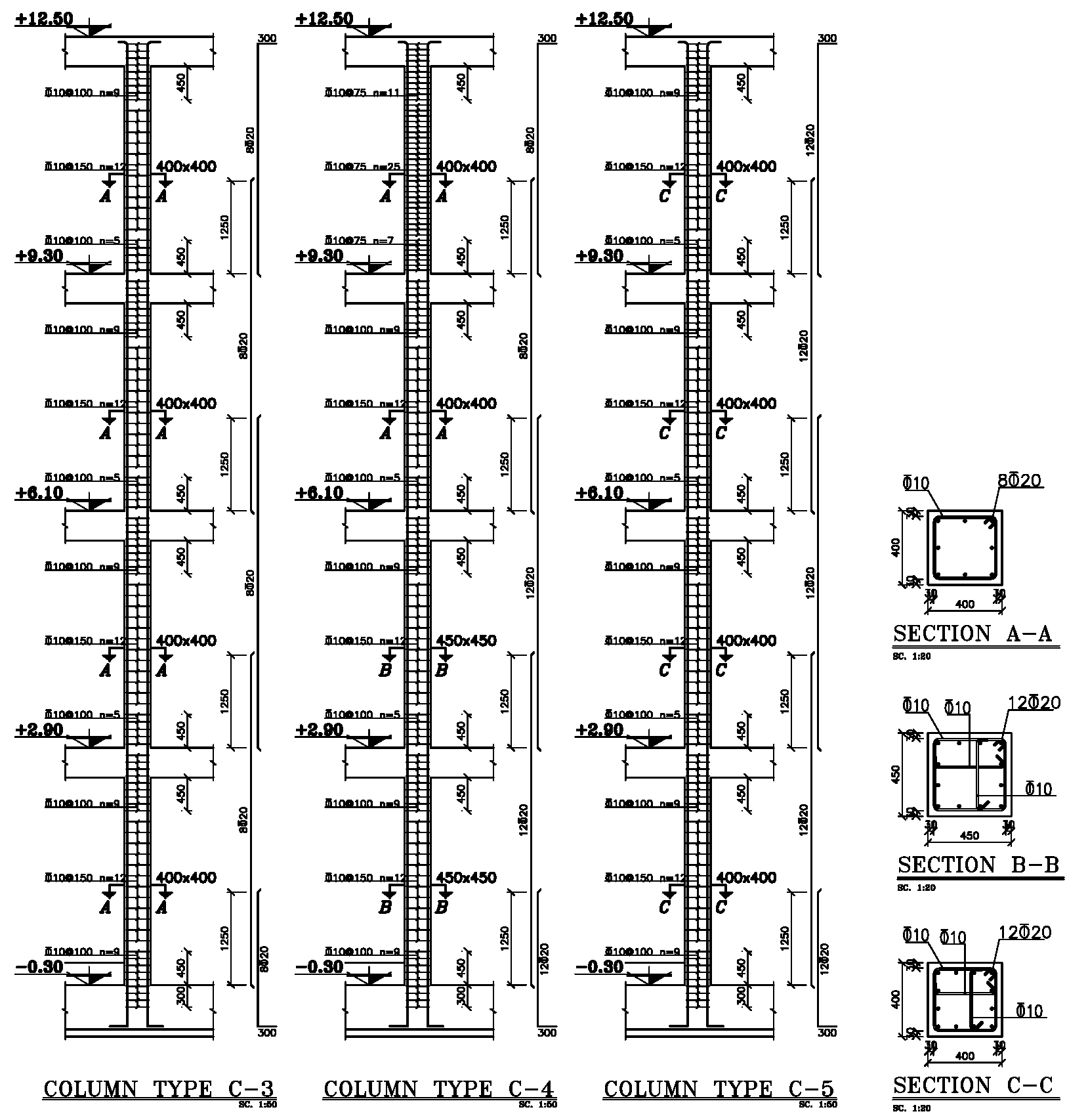 Note 1: Name of Column Sections at Details window, will be generated separately for each column type. But when the user wants to generate the structural drawings and make and arrange the output sheets (In Output Sheets window), the program will globally name all sections for all different Column Types sequentially and without repeating. Whilst at this step, if two different sections of different column types be similar, Omid Negar considers one section.

Note 2: The program can recognize the inclined columns and draws the details based on given data from model's output. 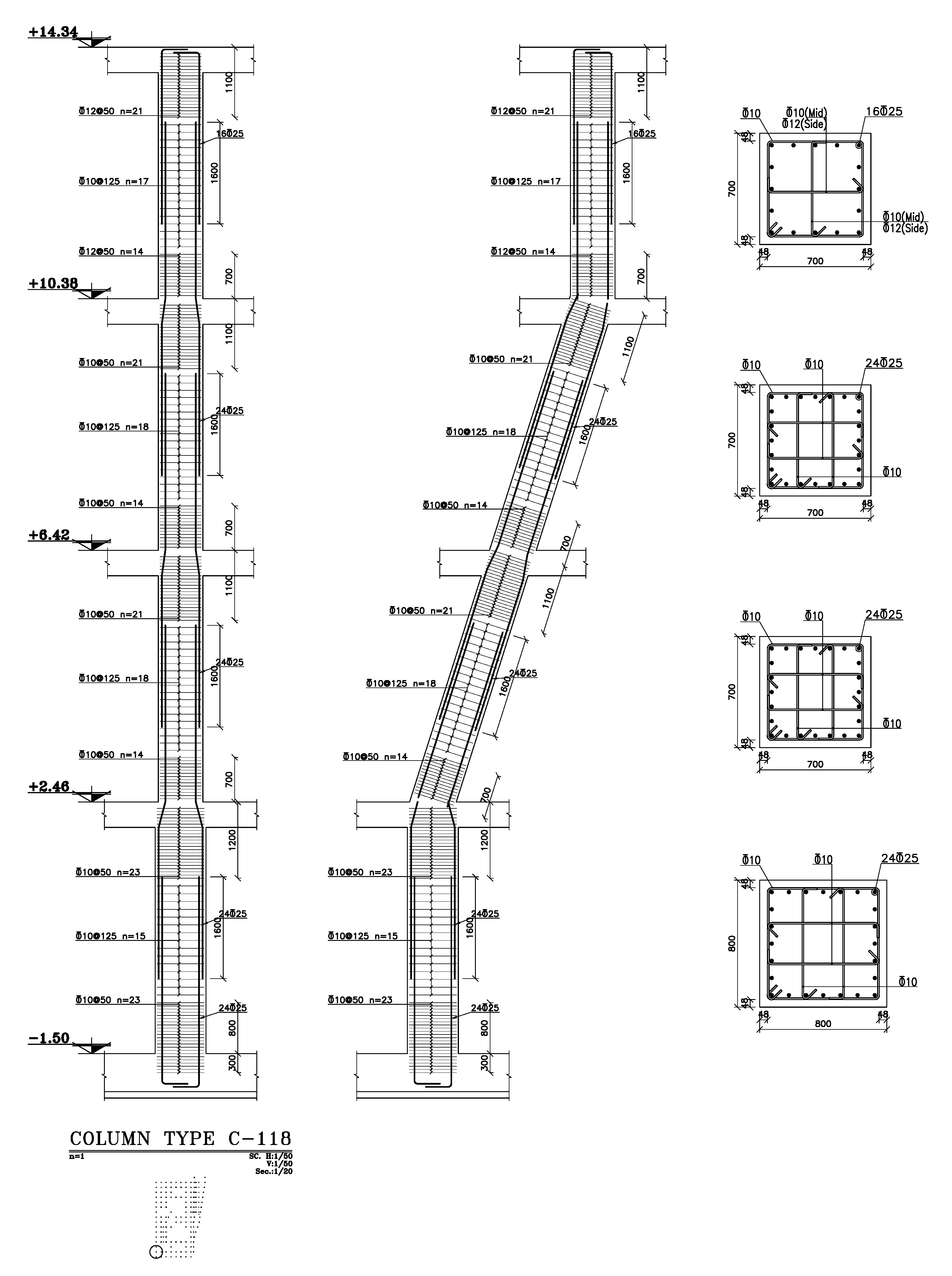 For each type of concrete beam which is shown in beams plan, the program will draw an elevation view of it. For viewing the details of each type of Beam, it is only needed to double click on item with the name of "Concrete Beams" in Details window. Then a list of beam types which was generated by Omid Negar, will be shown. For separating beam type related to each story, the first digit of beam type's names shows the story number which the beam type is located in. For example the beam type name of B-203 is located in second story.

Note: If based on design considerations (Which is described in user's manual), the program classifies two different beams located in two different stories as one beam type, naming will be done according to the lower story.

For example, in following figure, for beam type B-222 the elevation view is shown. As it can be seen, all required details like continuance and additional bars, stirrups at different parts of beam, naming of columns axis, dimension of beams and other information is presented by Omid Negar automatically based on drawing standards. Diameter, distance and length of rebars, beam dimension on each span, columns dimensions are drawn based on the selected scales. Considering the scale, each difference between spans, will be shown in details. The suitable locations for splicing or bending the continuance rebars will be selected and optimized by Omid Negar and all related data will be presented in detail drawings.

Note: The program can recognize the inclined concrete beams based on the model and can draw details of it precisely. As it is shown in following figure, the inclined concrete beam in an sloped roof will be generated by Omid Negar exactly based on definitions in ETABS model, considering all data of longitudinal and lateral reinforcements, beam dimensions, attached columns dimensions and locations. Drawing of sections are exactly as same as the horizontal beams, and simply can be drawn as described before.

For each wall, there is a type defined. Each wall type has one elevation view and sections. Number of sections is equal to define stories for that wall type.

For viewing the wall's elevation and section details, select "Concrete Wall" in details window. All wall types is shown in order.

If you need to edit and modify the wall which is generated using ETABS model, after selecting the wall type in Details window, press Ctrl+D, or click on button  in bottom of Details window. 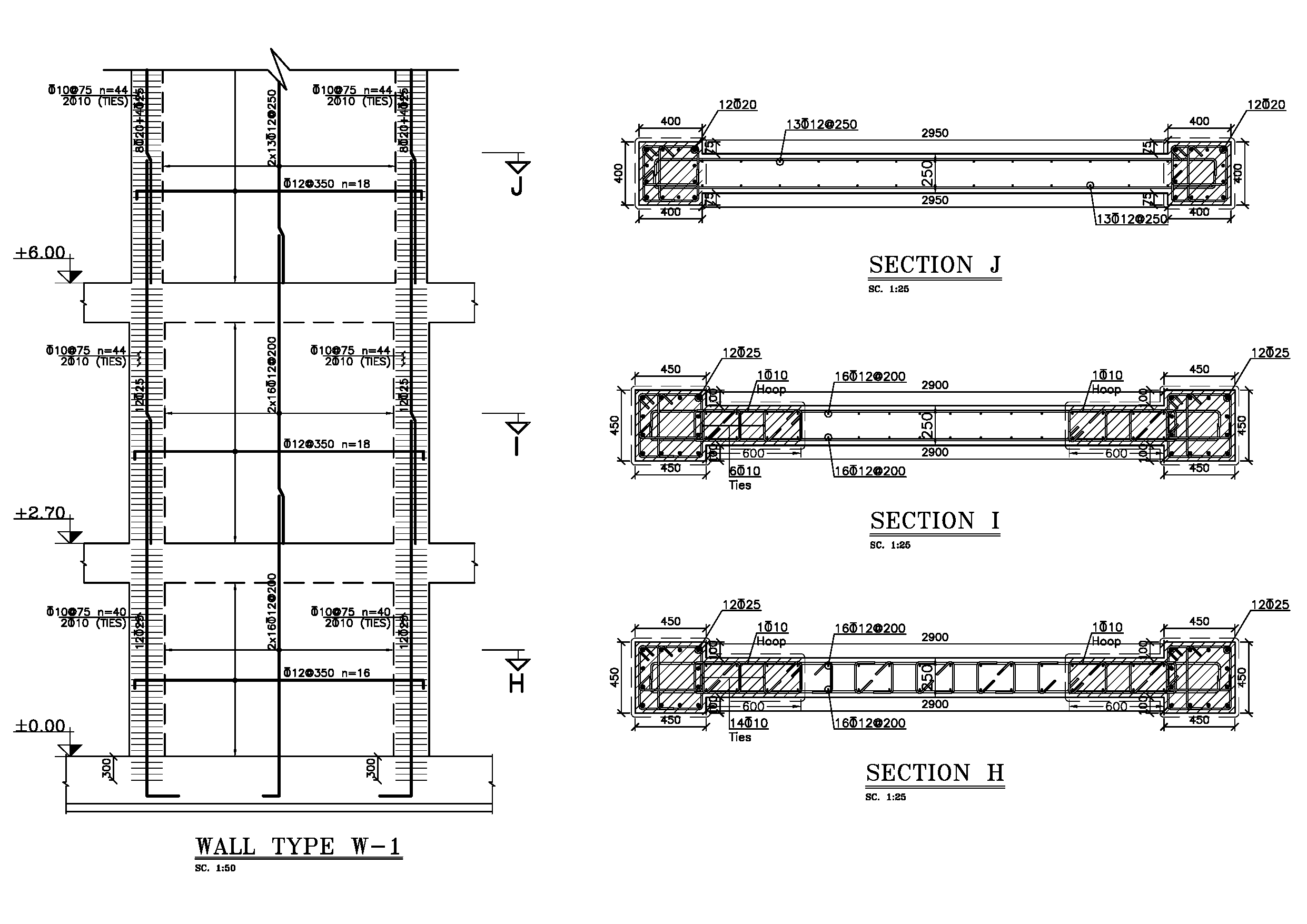 For generating final sheets of drawings which are known as the final output of program, it is enough to transfer each generated detail which is described in Details window to Output Sheets window with the simple Drag & Drop method. Then the program will arrange the selected details in output sheets automatically. It is possible to relocate or change these details manually.

Instead of manually Drag & Drop the details in output sheets, the other method for generating all of the structural output sheets, is to automatically arrange all sheets together and sequentially using the Arrange Output Sheets command which is located in the Project menu. There is two options available for auto-arranging. The first option is to arrange based on Object Type. For example foundation details in one sheet, columns in other sheet and also beams to be in separated sheets. The second option is to arrange by story, is as similar as the first option plus the beams related to each beams plan will be placed with the related beams plan together in the same output sheet. This will make the construction easier.